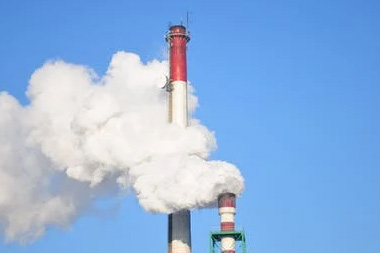 To achieve the goal of the Paris Climate Agreement to gradually reduce greenhouse gas emissions so that the global average temperature does not rise more than 2 degrees Celsius compared to the pre-industrial level, it is not enough to reduce carbon dioxide emissions and capture carbon. And storage (CCS, Carbon Capture and Sequestration) is required. Not long ago, Tesla’s CEO Elon Musk raised interest in CCS by saying that he would “donate a $100 million prize for the best carbon capture technology.”

Carbon Capture
The method of collecting carbon dioxide emitted from factories or power plants is currently most widely commercialized. Filtering out carbon dioxide can prevent more of it from being added to the atmosphere, but it is not suitable for capturing carbon dioxide already present in the air.

The technology that captures carbon dioxide in the atmosphere is called DAC (Direct Air Capture), and startups such as Carbon Engineering are leading the way.

While there are artificial capture and storage methods, development and research are underway to promote natural carbon dioxide capture, such as weathering of lime boxes.

Utilization and Storage
The use of captured carbon dioxide is diverse. It is used for enhanced oil recovery (oil recovery enhancement method, technology to increase the recovery rate of petroleum), and can be converted into various types of liquid fuel such as gasoline, diesel, jet fuel, or carbon fiber or plastic. However, this kind of utilization is being criticized for being not eco-friendly because carbon dioxide is emitted again.

The eco-friendly use of carbon dioxide includes agricultural fields and electricity generation. Climeworks of Switzerland has developed a technology to send the captured carbon dioxide to a nearby farm, which has shown a 20% increase in farm production.

And Netpower, an energy start-up in the United States, developed a technology that rotates a turbine with the power of compressed carbon dioxide at high temperatures, not water vapor. The company argued,’If you run a turbine using carbon dioxide, you can generate electricity with the same amount of electricity even with a tenth the size of a conventional steam turbine.

However, since the amount of carbon dioxide in the atmosphere is large enough to be utilized like this, there is a method of compressing and liquefying the carbon dioxide and storing it under the ground.