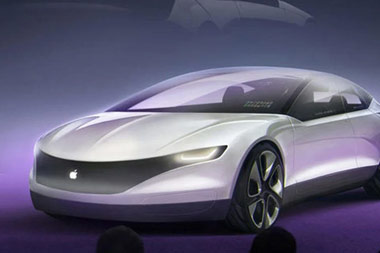 President Joe Biden’s climate policy is to ensure that the United States achieves a 100% clean energy economy and reaches zero carbon emissions by 2050 at the latest to cut carbon emissions in half by 2030. The target by 2030 also includes a plan to achieve 50% of EV sales. President Biden plans to invest in US infrastructure through budget bills such as the Infrastructure Investment and Jobs Act and Build Back Better.

The Infrastructure Investment and Jobs Act, signed by President Biden on the 15th of last month, is a $1.2 trillion infrastructure budget law that aims to strengthen US infrastructure, including repairing roads and bridges, improving rail and public transportation services, and expanding broadband Internet networks. contains $7.5 billion of the budget will go to the establishment of electric vehicle charging stations. According to the U.S. Department of Energy, there are currently 49,000 EV charging stations and 120,000 chargers, and President Biden has announced a goal of installing 500,000 EV charging stations by 2030.

But consulting firm AlixPartners said it would cost $50 billion to meet President Biden’s goal of 500,000 electric charging stations. And the International Council on Clean Transportation, a research group, pointed to the limits of President Biden’s goal, saying that if 36% of car sales across the United States were electric, it would require about 2.4 million electric vehicle charging stations.